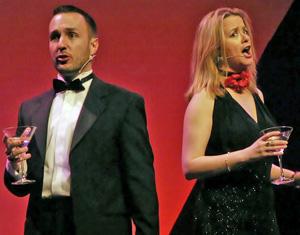 "The immensely talented Kenneth Gartman...has the vocal power of a Broadway star with the nuance of a cabaret singer who knows how to connect with an audience in a smaller venue."
- BroadwayWorld.com (2016)

Classically trained, Kenneth began his professional singing career with the Ft. Worth Opera Company and Texas Gilbert & Sullivan Company.  He has worked at various regional theatres throughout the country and toured the USA in the Broadway National Tour of Meredith Willson's The Music Man.  Kenneth has also performed internationally on a Live BBC Broadcast of Simply Sondheim as a part of the Opera Ireland Fringe Festival in Northern Ireland and throughout Ireland in A New York Songbook: Way Off Broadway with Music Theatre Ireland.  Gartman is a proud member of AEA.  Kenneth has appeared as a soloist in several of the country's finest concert halls including Carnegie Hall.

Some favorite roles include: Jinx (Forever Plaid), Bishop of Basingstoke (Jekyll & Hyde), Luther Billis (South Pacific), Noah Curry (110 In The Shade), Paul (Company), Ralph Rackstraw (HMS Pinafore), Frederic (Pirates Of Penzance), Mr. Owen (Postcard from Morocco), Max (Lend Me A Tenor), and himself in the reviews Tom Foolery and Side By Side By Sondheim.

"Gartman has a strong voice and a winning way." BACKSTAGE, NYC

“From the very first notes…it was clear that we were in for a treat, as Kenneth Gartman…brought us, one after the other, unforgettable musical classics.” IRISH EXAMINER 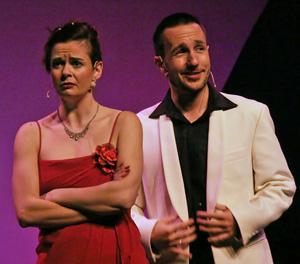