Reviewed by David Sabella for CabaretHotspot.com

Kenneth Gartman is charming, and performs with both the slick sheen of a showman and the sincerity of a story teller. In his show “When In Rome” he takes us on a traveling journey, spanning several countries and languages. And, just like when traveling abroad for an extended period of time, by the time his journey is through, you’re happy you went, and glad to be back home.

A former opera singer, and native Texan, Gartman is equally at home when singing in English, Spanish, or French. And, due to the structure of his show, his use of these languages was completely coherent to the story-telling. This authentic use of language, and phrasing, is evident in songs like Solamente Una Vez (Augustin Lara), Cuando Estas Conmigo (Abelardo Vazquez Ramos), and La Vie En Rose (Louiguy, Piaf), all sung with great stylistic care.

Another favorite of mine is Gartman’s rendition of Welcome to Nowhere (David Yazbek, from The Band’s Visit). I did not think this song would work out of context of the show, and I am happy to be proven wrong. This song also provided a glimpse of Gartman’s playful side, as he went up on the lyrics at first, and recovered with charm and poise, of course.

Lady of Spain (Tolchard Evans, Erell Reaves), paired with Bizet’s Habanera (From Carmen) was built to be the eleven o’clock showstopper, and it was indeed fun, with Gartman utilizing his falsetto to sing the Habanera in the correct octave, and ample resonance. And, at the same time, this comic devise almost broke the suspension of disbelief for me. And, although impressive, it seemed in some way to “jump the shark.” (SIDE NOTE – As readers may know, I am no stranger to this use of voice, having sung in my falsetto voice with both La Gran Scena Opera Company, and as a international countertenor in opera, and on Broadway.) I explain this to affirm that, in my opinion, Gartman’s falsetto sound is as opulent as any countertenor I have heard. And still, this fun, campy moment seemed a little out of place in what was otherwise a very well-thought-out, charming evening. 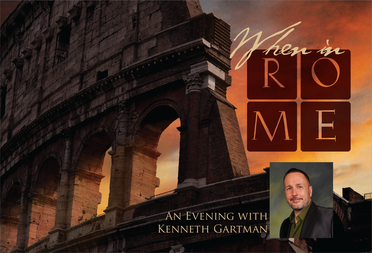 When doing any cabaret show that takes the form of a travelogue, it must be very tempting to open the show with “Come Fly with Me” (Sammy Cahn, Jimmy Van Heusen). That ubiquitous anthem to soaring holidays is used in a television commercial even today, some seven decades after its composition. In his recent show at Don’t Tell Mama, When in Rome, Kenneth Gartman did not resist the temptation to start with that song, but he sure did resist the cliché. Intricately interweaving this warhorse with B‑52’s’ “Roam” (Catherine Pierson, Fred Schneider, Keith Strickland, Cynthia Wilson, Robert Waldrop) he made it his own original. Gartman, who did all the arrangements for this set himself, gave similar treatment to no fewer than four other mashups of two, sometimes three, songs. Normally five medleys in one set lasting just over an hour would be ill-advised. But not this time.

Pressed to name my favorite of this quintet of combinations, I’d have to say it was the startlingly hilarious pairing of the cheesy 1931 crooner chestnut “Lady of Spain” (Tolchard Evans, Robert Hargreaves, Stanley Damerell, Henry Tilsley) and Georges Bizet’s “Habanera” from Carmen. Further, Gartman sang “Lady of Spain” in an apt lounge‑y high baritone and “Habanera” entirely in falsetto French, thus in one shot demonstrating his wide vocal range and facility with Romance languages. (He also sang “La Vie en rose” (Louiguy, Édith Piaf, Marguerite Monnot) entirely in French, and “Cuando Estás Conmigo” (Abelardo Vázquez Ramos) entirely in Spanish. For this haunting love song, he was beautifully supported only by his music director, Troy Fannin, on guitar and vocals. The two other accomplished members of the backing trio were Marcel Hamel on bass and Mike Shapiro on drums. No piano was necessary, though I did miss the accordion on “Lady of Spain.” (Kidding.) Director Lennie Watts cast his usual warmly efficient spell over the proceedings.

Yet, the places Gartman travels to in this show remained intensely personal, starting with his schoolboy bus trips (25 states in 33 days!) out of his remote West Texas hardscrabble home—for which he retains an admirable fondness despite his having left it well behind him. Before channeling his inner Willie Nelson with the lovely “What I Like About Texas” (Gary P. Nunn), Gartman cracked, “Texans have a pride in their state that is hard to understand .if you’re not from there.” His more recent high-end travel appears to have been Euro-centered, and his favorite city just might be Rome. Hence the title song of this show, “When in Rome” (Cy Coleman, Carolyn Leigh), which is always welcome if only for the delicious Leigh rhyming of “snappily” with “Napoli.” Still, Gartman included the possibility of lesser destinations in “Welcome to Nowhere” (David Yazbek, from The Band’s Visit). And, while not too overtly political, he featured two patriotic medleys that in lesser hands and voice might have been cringe-inducing: “The Hands that Built America” (U2) combined with “Isle of Hope, Isle of Tears” (Brendan Graham); and the far better-known “America the Beautiful” (Samuel Ward, Katharine Lee Bates), “This Land is Your Land” (Woody Guthrie), and “God Bless America” (Irving Berlin) The latter tryptic, newly reimagined and interwoven, was actually tear-inducing.

Kenneth Gartman considers himself a New Yorker after spending 18 years in the city, but the Texas boy kept peeking through as he shared stories of his travels for business and pleasure in his new show, When in Rome. Not just Rome, of course, but Paris, Mexico, Scotland, and a return to the U.S., all launched with a clever opening parody of a flight attendant’s instructions, with which the audience was all too familiar.

Gartman remains his own self during the course of the show—funny, warm, a lover of travel and good music. This is evidenced in his ability to offer up a delicious “Come Fly with Me” without a hint of Frank Sinatra and a touching “La Vie en rose” without any sentimentality. He also shows off his capacity for languages, offering the latter in French, as well as a gorgeous “Solamente una Vez” (Augustin Lara) in Spanish with an off-hand ease.

Perhaps some of his connection to his material comes from the fact that he does his own musical arrangements, both complex and simple, depending on the mood he is trying to establish. Playing these arrangements with skill and sensitivity were Troy Fannin (music director/guitar), Marcel Hamel (bass), and Mike Shapiro (drums). The lack of a piano added a very different sound to the evening. Veteran Lennie Watts directed the show with the lightest of touches.

The camp highlight of the evening was a dazzlingly sung and performed mash-up of “Lady of Spain” and the “Habañera” (from Bizet’s Carmen), complete with the waving of a very rhythmic fan. A beautiful medley of “America the Beautiful,” “This Land Is Your Land,” and “God Bless America” was the emotional ending to this top-notch show. 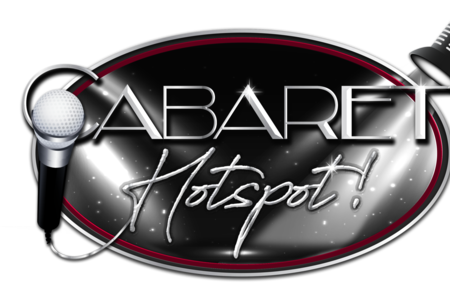 The reviews are in for Kenneth Gartman's new solo show "When In Rome" which debuted played the Magnolia Room in Norwalk, CT and Don't Tell Mama, NYC.  "Top-notch show"  "Dazzlingly sung"