Concert for a Cause

Broadway and cabaret performers come together for a good cause on Saturday, June 4 at 7 pm at Unity Center in Norwalk, Connecticut.  The "cause" for this concert will be announced as a part of the event itself, so just come enjoy a stellar show with two for one drinks after the event at BJ Ryan's BANC House (around the corner from Unity Center).

Advanced tickets are no longer available.  TICKETS ARE STILL AVAILABLE AT THE DOOR.  All tickets are general admission and the house opens at 6:30 pm, so arrive early to get a good seat! 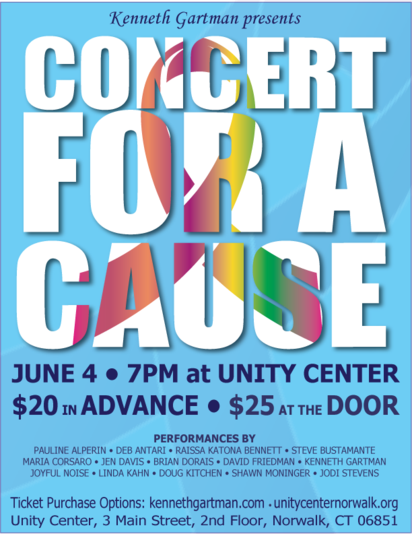 2-for-1 at The BANC House after the event!